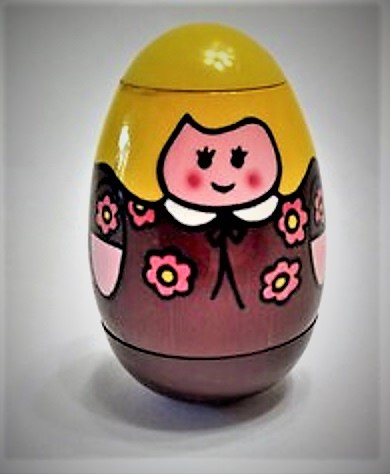 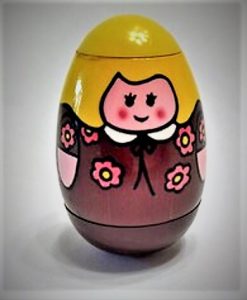 I recently came across a lively Ukrainian pop song that sounded silly and innocent, a bit like the singer—a leggy blond waif who looks like a Slavic Barbie doll.

Her name is Masha Kondratenko and her song is called Vanka-Vstanka.

The Vanka-Vstanka is a Russian egg-shaped wooden toy which is impossible to knock over because it’s weighted. It will wobble but never fall down. In the US it’s called a Weeble, but similar old-fashioned toys exist under different names in many other countries.  The Russian name means Get Up, Ivan (Vanka).

But enough of the innocent connotations. When you translate the lyrics, you realize that it’s a song about the war in Ukraine and Vanka is a generic name for the Russian invader. All in all, the words strike a pretty chilling contrast with the upbeat rhythm and Masha’s bright blue eyes. They’re a death sentence passed on the Russian soldiers sent to their slaughter by a crazed dictator.

You said you didn’t know

You were wandering in the woods

Where to go, how come?

Oh, we see your tears

You’re so scared, the whole woods are shaking!

Even the old woman from the market

said that you should all be burned!

No one can hide,

Unless it’s a joke.

A Cossack is coming across the sea,

It’s a bad omen for you!

You have nowhere to run!

Our Cossack is coming to find you!

It’s such a catchy tune that I’m sure even the Russian invaders will find themselves whistling it while they wander aimlessly through the woods. But there’s nowhere to go, Ivan.

Could this song become the Lili Marleen of the 2020’s? 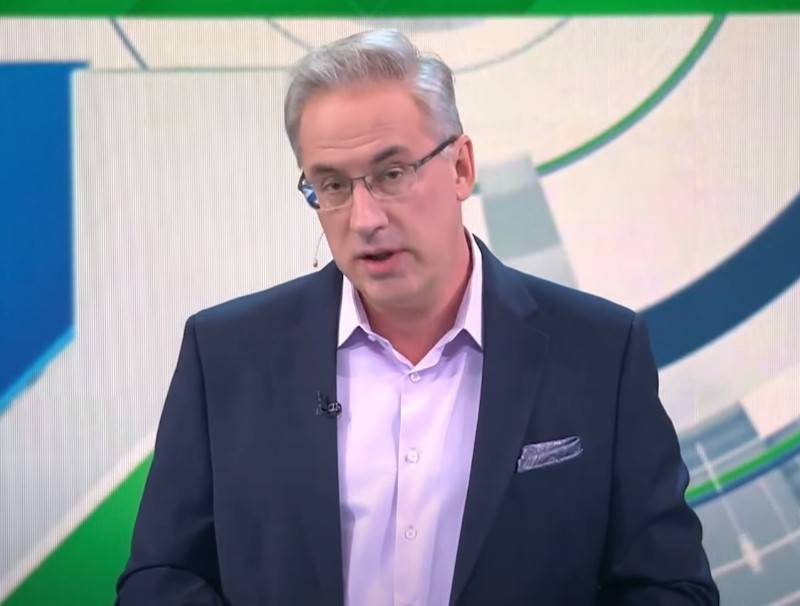 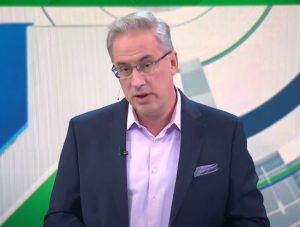 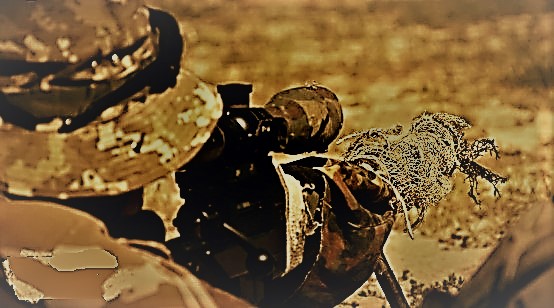 Hanna Get Your Gun

Today, the southern Ukrainian city of Kherson was liberated by the armed forces of Ukraine. Kherson was the only administrative center seized by Russia in the February 24 invasion and hastily annexed to the Russian Federation through a fraudulent process. This short story is dedicated to all Ukrainian fighters. 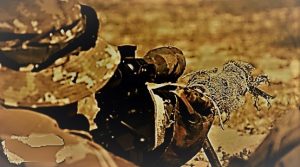 Hanna (callsign Vedma) is a 32-year-old sniper in the Ukrainian Army. Her unit is an assault infantry regiment currently deployed southwest of the town of Svatove, in the Luhansk Oblast of Ukraine. The Russian line is almost visible to the naked eye and the enemy is well dug in. Aerial reconnaissance shows the jagged shape of the Russian trenches forming the final defensive line before the outskirts of Svatove.

Despite their fortified position, the Russians are beginning to cave in all along the front in north-western Luhansk, under the impact of a well-timed Ukrainian offensive that swept eastward through the key towns of Izyum and Lyman in the neighboring Kharkiv Oblast. Intercepted radio traffic reveals that some enemy units are hastily retreating in the middle of the night, while others are left to their own devices after their officers just piled into staff cars and fled the frontline.

In the moonless night, Hanna has crawled to a well-concealed position slightly higher than the enemy trenches and is slowly getting ready for business. She wears several layers of technical clothing against the October chill and carries a thermos flask of hot tea. She’ll watch over the enemy line until the early morning and retire to her unit’s HQ before dawn. A blacked-out Toyota pickup will rendezvous with her on the far side of the woods she silently crossed to get here and deliver her and a two more fellow snipers back to their lodgings.

Her sniper’s rifle is a Ukrainian-made Zbroyar Z-10, a brand-new weapon that fires the standard 7.52 NATO cartridge. Lying under a light camouflage net, both the weapon and the sniper are completely invisible to the enemy.

Vedma (which is Ukrainian for witch) methodically scans the Russian line, the Z-10’s butt nestled in her shoulder and the suppressed barrel resting on its bipod. The thermal imaging sight set atop the barrel shows her a blurred black band of frosty no-man’s land leading to the uneven outline of the trenches some 300 meters away. Beyond that she sees the fuzzy backdrop of a gray treeline and a slightly paler sky above.

After over an hour of uneventful scanning, two white blobs suddenly show in her sights, betraying the presence of at least two living bodies. Hanna calmly registers their sudden appearance and tries to make sense of their movements. They seem to be hunched over something or someone which they struggle to tug away from their dugout. The object of their exertions, however, does not return the heat signature that a wounded comrade would. Is that a dead body they’re dragging or maybe an ammo crate? Hanna invests a split second to process this as her index finger tightens on the trigger, the crosshairs steady on the left Russian’s center mass.

No matter what (or whom) they’re dragging—she concludes—they are all legit targets.

Three rapid shots ring out and shatter the silence of the night.

Now the thermal sights no longer return a target. The white blobs have dropped behind the raised far edges of the trench and can no longer be seen.

Hanna expertly gathers all her gear and scuttles to another position, but the rest of her shift will be uneventful. During her bumpy ride back to HQ she still puzzles over her earlier action but finds no answer.

The next morning, a reconnaissance drone solves the riddle. Following Vedma’s directions, the drone operator slowly flies the bird over the section of the Russian trenches the sniper was observing during the night and now hovers vertically above a bizarre sight.

Two dead Russian soldiers are sprawled on the ground and between them lies a dazzling white box, the washing machine they had looted in Svatove, its glass door facing the sky like a monocled eye—with a neat bullet hole almost dead center.

The drone operator, a skinny 20-year-old with a fuzzy reddish beard, looks at Hanna in awe and mumbles: “No more heavy-duty cycles for these two mobiks*.”

(*) “Mobik” is Ukrainian slang for any Russian mobilized soldier. 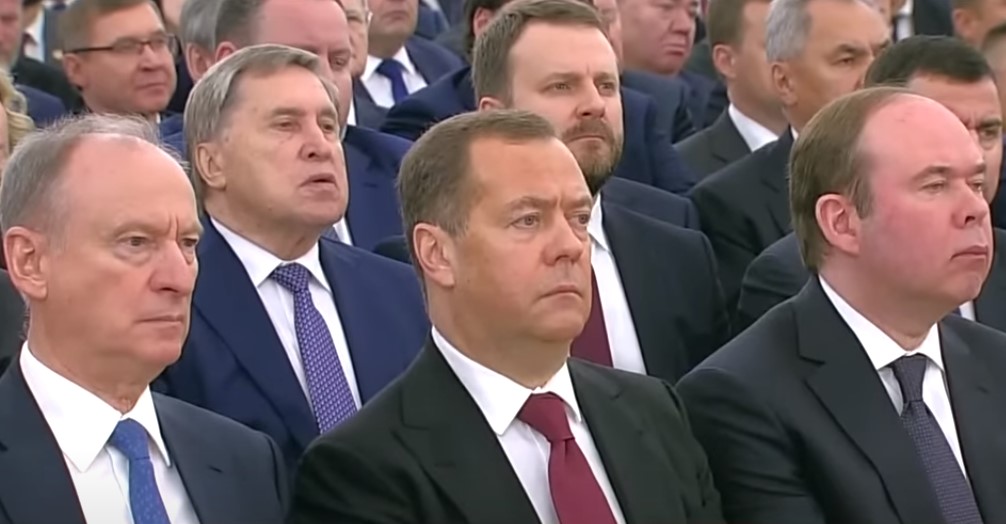 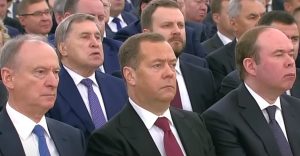 About 90 years ago, a German theologian by the name of Dietrich Bonhoeffer took a firm stand against the Nazi party and that section of Germany’s religious establishment (the so-called German Christians) who supported the ideology of National Socialism.

Boenhoffer had warned against the danger of the leader (Führer in German) gradually becoming the Verführer (which in English can translate as seducer as well as misleader.)

His firm convictions and unequivocal opposition to the Austrian-born dictator saw Boenhoffer join the ranks of a secretive cabal that ultimately plotted the assassination attempts on the Führer. Imprisoned in the Flossenbürg concentration camp, Boenhoffer was promptly found guilty by a kangaroo court and hanged on April 9, 1945. Three weeks later, the Misleader-in-Chief committed suicide in his bunker, thus ending the war in Europe.

This sinister, disastrous drift from head of state to seducer/misleader of his people has also affected Vladimir Putin, and—by consequence—Russia as a whole.

In order to justify his second invasion of Ukraine in February 2022, Putin convinced a gullible, propaganda-addled populace that this so-called “special military operation” was aimed at the “denazification and demilitarization” of the neighboring sovereign country.

But the Russian dictator himself had been misled by his generals and surrogates, and while he was busy looking for the right suit to wear at the victory parade in Kyiv the following week, his army was bogged down and unable to seize its ultimate goal.

Fast-forward seven months or so. With the Russian military operations dragging on and the losses in blood and treasure piling up, Putin finally pulled the trigger on a nationwide “partial mobilization”. Not even a consummate deceiver as Vladimir Vladimirovich could soft-sell this to his fawning population. This was a bridge too far and the “denazification” battle cry had run out of steam.

So the regime—through its propagandists, spokespersons and the Man himself—decided to shift their nonsensical rhetoric into overdrive.

During a rambling speech in late September*, Putin told the world that the war was really a crusade against Western values and debauchery, with emphatic verbal attacks on junkies and homosexuals, Anglo-Saxon dogs of war and, unsurprisingly, satanist cults.  It was a bizarre speech and, when the camera panned over the Kremlin audience, most faces were stony and unresponsive (see photo).

Later, encouraged by his boss’s recent rants, Russian ambassador to the UN Vasiliy Nebenzya denounced the West’s attempts to: (a) develop pathogens engineered to attack Slavic people, (b) infect migratory birds for spreading diseases within the Russian Federation, and (c) breed Covid-positive bats and disease-ridden mosquitoes to be secretly let loose on Russia. As for Ukraine, the ambassador accused it of working on a “dirty bomb” to be detonated as part of a false-flag operation. If all this does not earn Nebenzya the moniker “Dementia” nothing will.

Motivational speeches to Russian frontline troops have been promptly updated to contain the above verbiage. Chechen fraudster and Tik-Tok warrior Ramzan Kadyrov has already promised that his crowd will launch a jihad against all above enemies.

Russian political analyst and vlogger Maksim Katz ** was horrified at how low the official rhetoric had sunk “[This is] basically Al-Qaeda. A large, Northern Al-Qaeda spanning 11 time zones. How can they insult Russia like this?”

* The September 30, 2022 speech announced the sham annexation of Ukraine’s Luhansk, Donetsk, Kherson and Zaporizhzhia regions while the Ukrainian army was actively liberating them.

** On October 29, 2022 Maksim Katz was placed on the federal wanted list by the Russian Ministry of Internal Affairs. 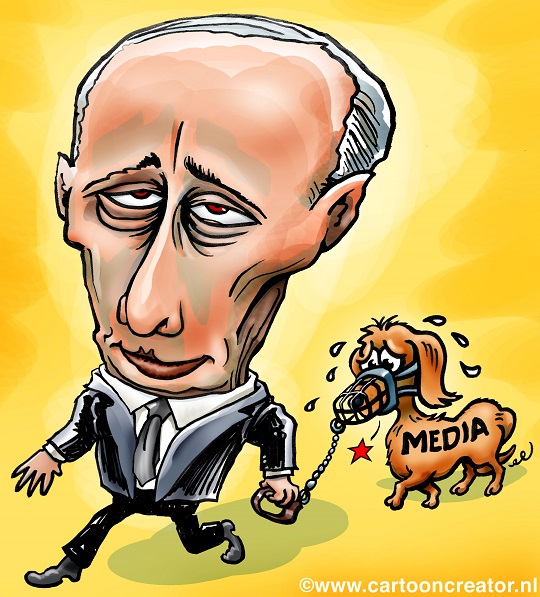