The Jig is Up 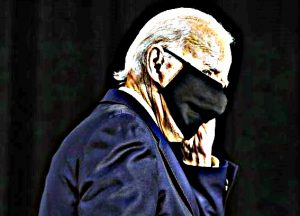 Back in March 2020 I posted my reflections on the dilemma the Democrats faced when choosing their presidential nominee. They notoriously ended up nominating Joe Biden.

Today, six months on, their current dilemma has to do with their candidate’s positioning—and much more.

Joe Biden is a fence-sitting political hack whom many would place left of center, but when his nomination was imminent, he took radical left positions to steal the wind from Bernie Sanders’ sails. In addition, the choice of his running mate, Kamala Harris, was a nod to a growing far-left element in the Dem base.

Now that the election is just 7 weeks away—and after widespread riots in several Dem-run cities—the new marching orders spell “don’t scare off moderate Democrats”, many of whom might be attracted to Donald Trump’s law-and-order stance.

This has forced the Biden/Harris campaign to temporarily sideline Kamala Harris because of her far-left rhetoric—as well as her likability deficit. (Her presidential campaign was an unmitigated disaster, as she ended it in December 2019 with her support lagging at 3.3% and her finances over $1-million in the red.)

In the past few days we have seen Joe Biden’s cringeworthily flip-flopping on Covid-19, urban riots, defunding the police, NAFTA vs. USCMA, foreign wars, and desperately trying to rebrand himself and his campaign more in line with the opinion polls.

The Dems’ woes do not end there, though.

Biden is a train wreck of a candidate. His public appearances are few and disastrous, his gaffes virtually non-stop. It is largely evident that Biden’s dementia is progressing at a frightening rate.

Biden never was presidential material, but his cognitive decline now makes him absolutely unfit to serve.

To quote Donald Trump—who’s never one to mince words—Joe is a “flashlight with a dying battery.”

Joe is a flashlight with a dying battery.

The jig is up.

The not-so-subtle scheme to foist President Kamala Harris on the USA by using Joe Biden as a Trojan horse is out in the open. This scheme called for the Biden/Harris ticket to win the presidency, with Joe a mere figurehead in an administration run by a radical-left Democrat party. Over time, a gradually fading Biden would usher in his VP (under Section 3 of the 25th Amendment) and America would wake up with a Jamaican-Indian-American woman President whose own presidential run was an abysmal failure.

But Biden’s snowballing decline has caught the Dems by surprise. Calls are being heard for him to forgo the presidential debates lest he be ridiculed and trounced by Donald Trump—and this notwithstanding the fact that the scheduled three debates will be moderated by as many never-Trumper journos.

At this juncture, the Biden runaway train is gathering speed and the Dems are stuck on board.
Prevarication, deflections and lies can hardly hide the stark reality from the voters.

Even the last-minute “bombshell” revelations about Trump by a partisan mainstream media and the continuing attacks from the House can’t paper over the rapidly expanding cracks in the Biden façade.

The Dems are well aware of this while they lay the groundwork for their Doomsday Strategy. If Trump wins the election, they’ll use the mail-in ballots to overturn its outcome and/or unleash civil unrest throughout the country.

Yes, you got that right. It comes down to electoral fraud and urban terrorism.