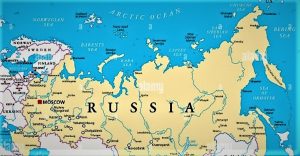 Putin’s contention that Ukraine joining NATO would effectively ‘surround’ Russia is ridiculous—and even the numbers prove it.
The total length of Russia’s boundaries is 57,792 kms (35,910 mi) of which 20,139 on land. The Russian border with Ukraine stretches for 1,926 km (1,197 mi), that is less than 10 percent of the international boundaries Russia shares with other countries.
Even if you were to add to the Ukrainian border the total length of Russia’s boundaries with actual NATO countries—which amounts to a little over 1,000 kms (621 mi)—you’d conclude that just one seventh of Russia’s land borders abut on NATO member states, that is a mere 3,000 km out of 20,000 of total land borders.
Russia is indeed surrounded—but just in Vladimir Putin’s paranoid mind.
Furthermore, NATO has no intention to invade Russia, yet Putin’s nefarious war of choice against his western neighbor is likely to strengthen NATO through the probable addition of Finland and Sweden to the coalition. Talk about the law of unintended consequences!
Sweden is no immediate neighbor of Russia, but Finland is—to the tune of 1,272 km (790 mi) of shared border—and the relationship between the two countries is scarred by memories of WWII.
And finally, Vladimir, consider this.
The border between Mexico and the United States runs for 3,145 kilometers (1,954 mi) and no Americans in their right mind feel ‘surrounded’ by Mexico.
30-odd years ago, your beloved Soviet Union imploded under the weight of a power projection it could no longer sustain. Its shrunken reincarnation, Russia, under your misguided leadership has bitten off more than it could chew when it invaded Ukraine.
You have doomed Russia’s economy and world standing. This is your legacy.