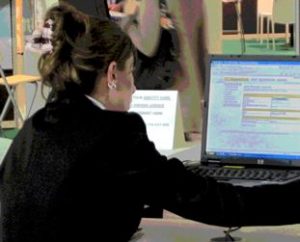 My son runs a food-service firm in Kent, UK. He texted me earlier this week seeking my assistance on an apparently minor problem.

One of his Italian-made food-processing machines broke down and he promptly identified which component needed replacing. It’s something slightly more complicated than a stainless-steel bolt, but without a suitable replacement part, his machine can’t run.

The UK distributor told him a spare part can be made available in six-weeks’ time. That’s a long time, if your ability to serve your customers is impaired.

My son wondered if I could help him, seeing as I’m based in Italy. (I know, thinking you can solve problems with a phone call is old-economy, but old habits die hard.)

I called P.F., the Italian firm whose name appears on the equipment, quoted the serial number of the machine and the part number of the broken bolt.

The customer service woman I spoke with warned me that they don’t normally deal with end users, except through their distributors. I explained to her this was an urgent matter because my son does not have a duplicate machine of this kind he can use in the interim.

She asked me to write her an e-mail with all the relevant information, which I did the moment I closed the call.

Nothing happened for 3 days.

This morning I called her number again, only to find out she was not at work. It transpired she had her Covid-19 shot yesterday and today she runs a slight fever. Hence, no work. Also, this evening her firm will effectively shut down for two weeks due to the traditional August vacation period.

Her colleague was kind enough to access the e-mail I had sent containing all the necessary details. She ran a quick search and reported to me the machine is actually produced by a third firm, P.G., and she gave me a number to call.

In parting, I asked her why her coworker had not seen fit to respond to my mail with the same information, but predictably she couldn’t/wouldn’t say.

The next person I spoke with was a customer service employee at P.G., the company that makes the damn equipment.

Once I explained my son’s predicament, she told me she did not really understand why P.F. (the firm that sells their machines) had referred me to her, since P.F. are supposedly in charge of selling spare parts as well. Not unlike the machines, spares are manufactured by P.G. but distributed by P.F.

I told her I had a hunch why. The August vacation clock was ticking and nobody could be bothered to address a customer issue. Even answering my mail proved too heavy a burden.

The customer service employee at P.G. suggested that, at the end of the day, going through the UK distributor was the wisest course of action.

I told her that it was a sad state of affairs when the buyer of an EU-made machine enjoys the same level of after-sales support he would get from a Chinese manufacturer, but after possibly spending three times as much for the equipment. Yet, this lady had at least sounded kind and understanding—and she hadn’t asked me to write her an e-mail that she could promptly delete.

Everybody offers outstanding customer support on their website, and you can access it through e-mail, an old-fashioned phone, or even via chat. But flashy, eye-catching websites are comparatively cheap to produce.

Good customer service is expensive: it takes the launching of top-down policies that affect all levels in the organization, good training, and an equally good follow-on by line management.

Everything else is window dressing, by which I mean a bunch of BS.